Still in the Slow Lane - Day 2

Day two...Pedro greeted us outside covered in chilly spring dew and roared to life.  It was a beautiful sunny day so in good spirits we fueled up and prepared for another long drive.  What is a better way to start the second day of our journey then a day two selfie and some scenery... 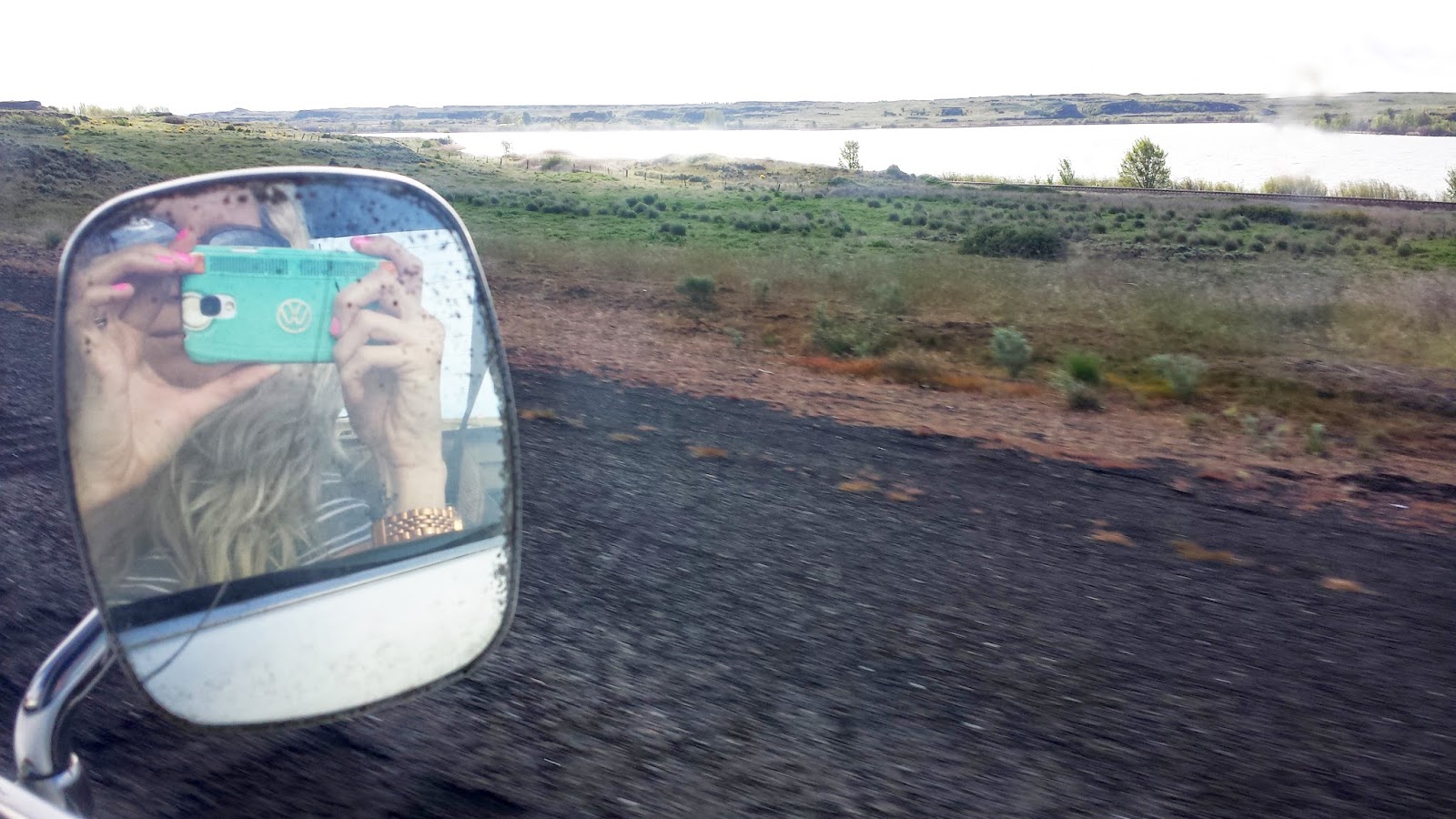 As we approached Spokane, WA highway signs were announcing an event called Bloomsday, which happened be held the very same morning that we were passing through!  A quick google search told me that it was a downtown festival held all day.  Sweet, we were in.  We pulled off only to see about a million people running, the Bloomsday 5k apparently.  A bit further on down the road I spotted a suspended sky ride going into a waterfall smack in the middle of downtown.  How could we be here and not ride it?  I coerced my handsome driver into taking us downtown, only to find out that almost all of the streets were closed and parking was not to be had.  My dream of a random Washington gondola ride was kaput, but it has officially been added to my bucket list.  Spokane we will be back someday.
A few gondola-less hours later and we proudly crossed the WA/ID border.  A high five for one state down and we were successfully chugging through Idaho. 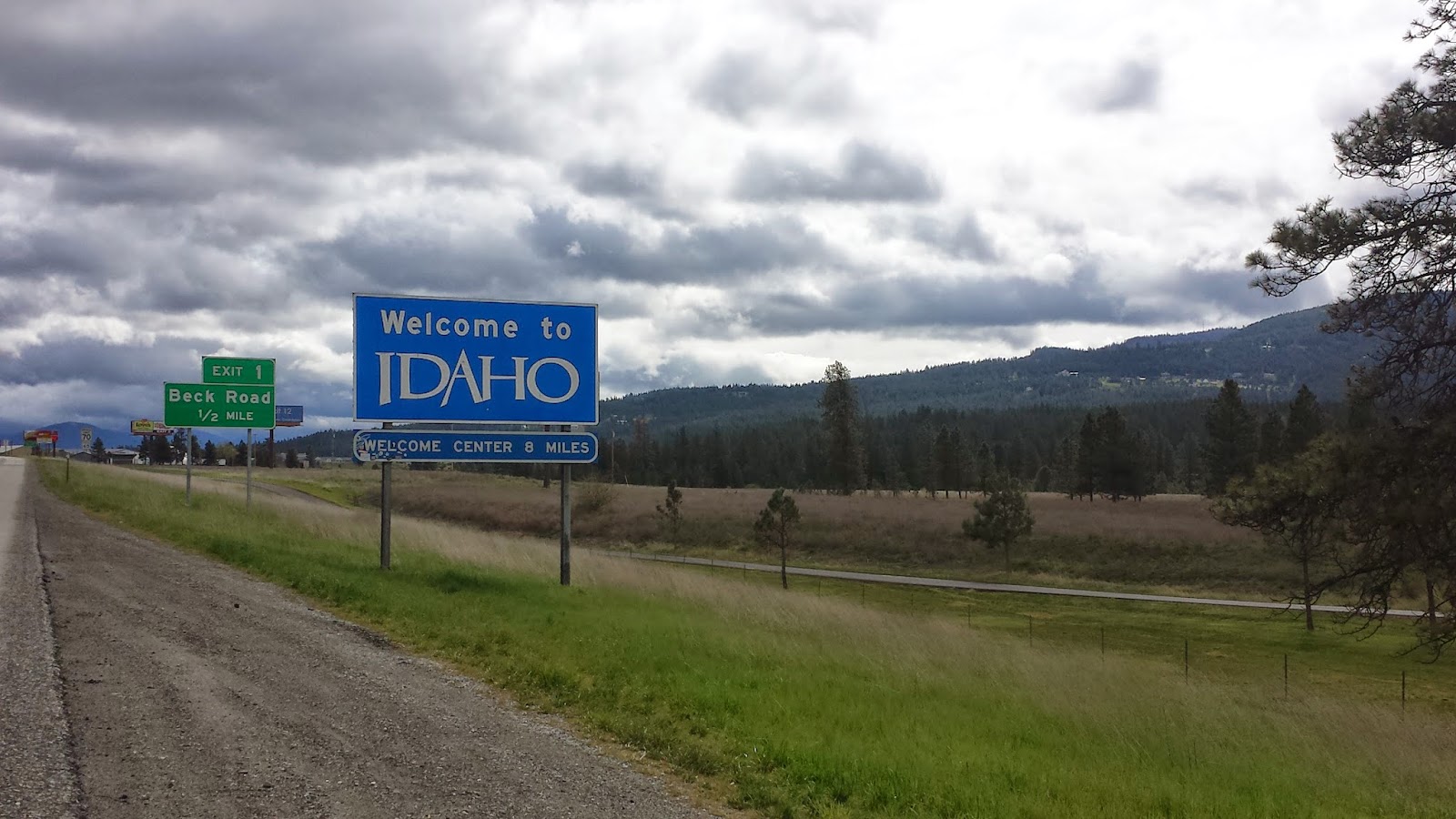 While taking advantage of our free hot breakfast (all of the billboards were pretty excited about it) at the hotel that morning Jason picked up a brochure for a resort town in Idaho called Coeur D'Alene which we promptly put on our itinerary for the day.  After a bit more googling (googling and farm signs were really the only entertainment) we found out that the Coeur D'Alene were a pretty large tribe named by the French settlers in the 1800s.  They are pretty spread out over the WA/ID area and are the namesake of numerous things we passed, including the town, river and mountains.  Just in case you were wondering!
We rolled into town and decided it was time to give Pedro a bit of a rest.  We parked him on a picturesque downtown street and got out for a little stroll.  Along the way we took in a bit of the waterfront and kissed a moose...nothing wrong with that.  We hopped back in the truck and were on our way again! 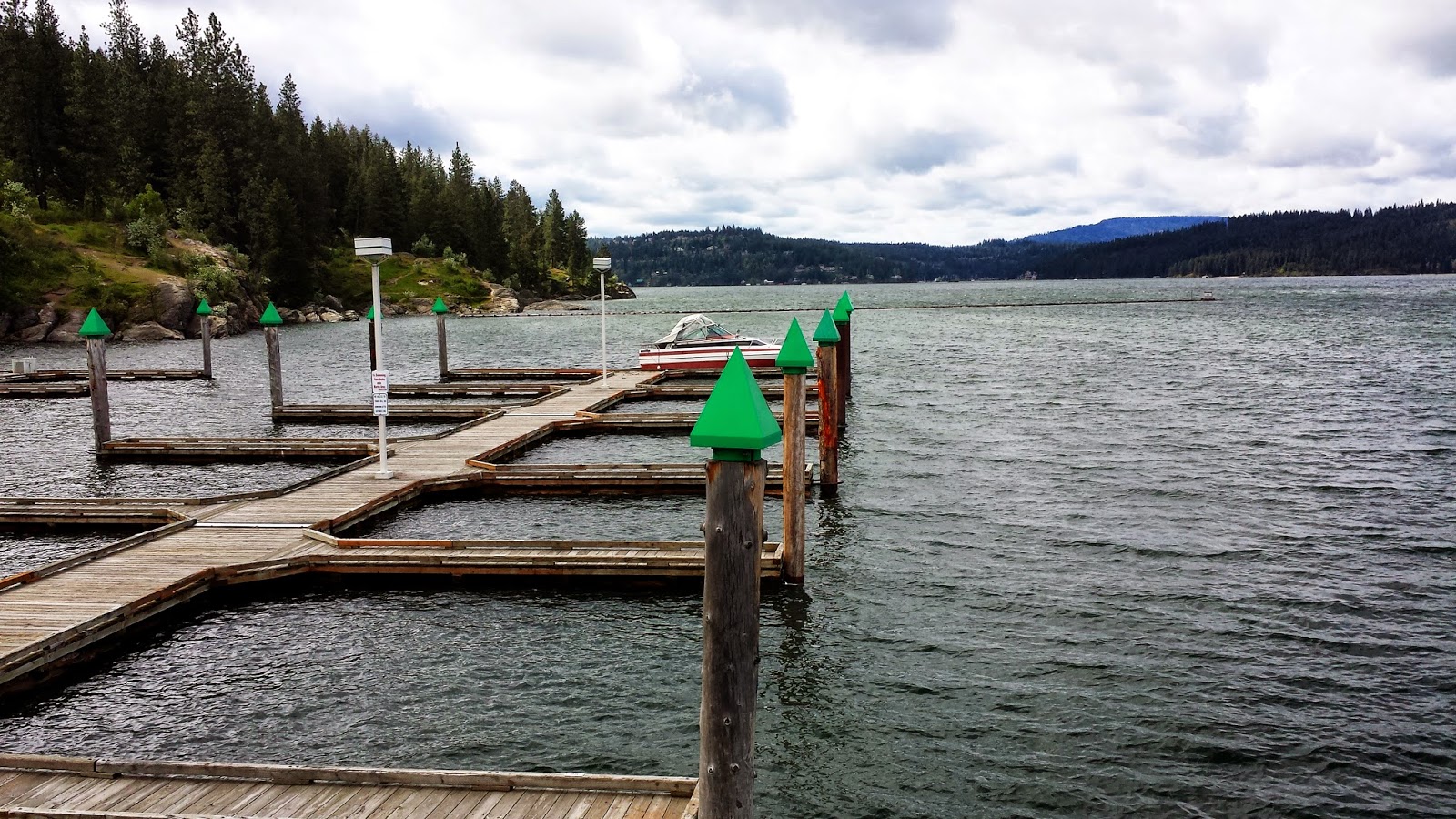 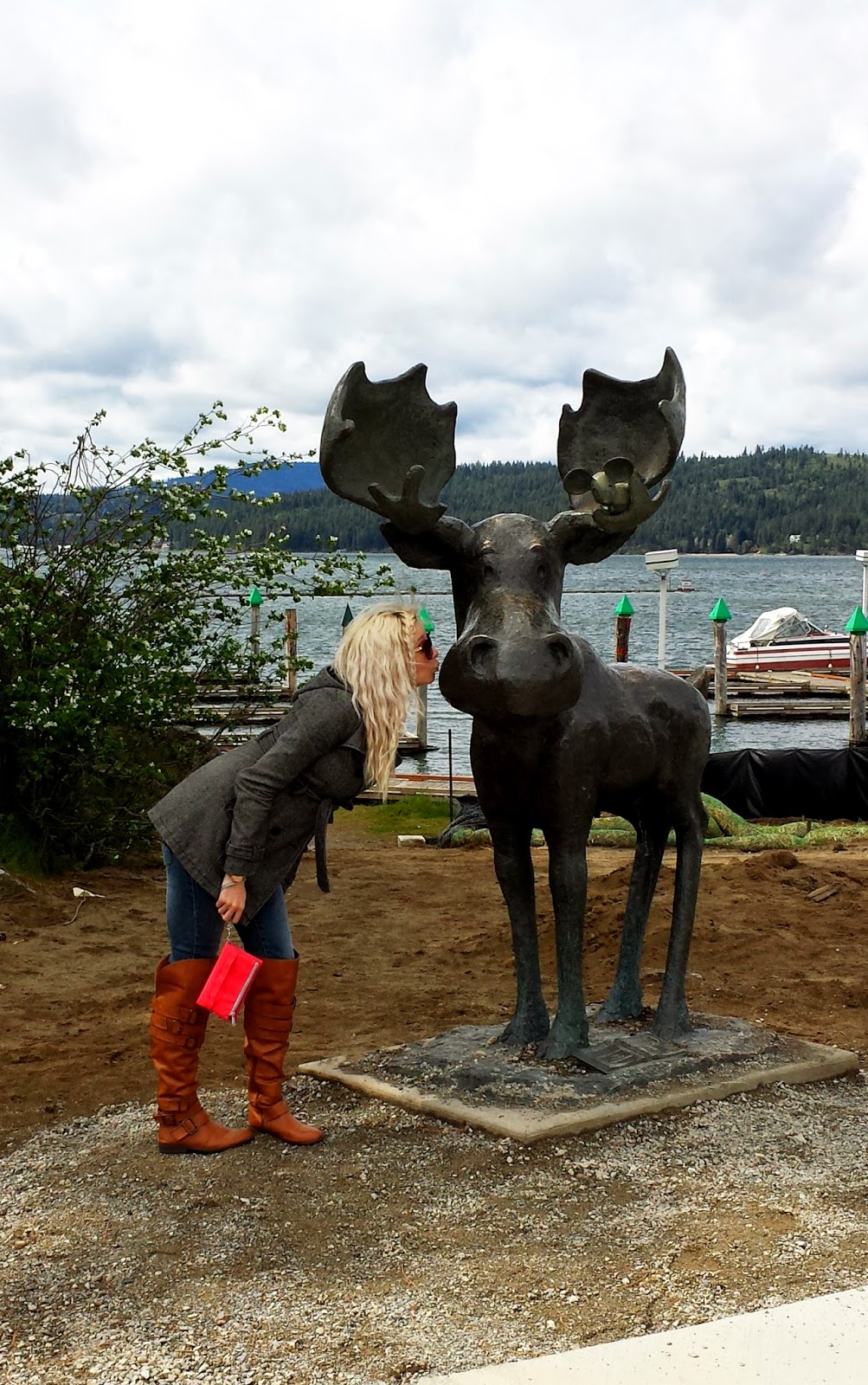 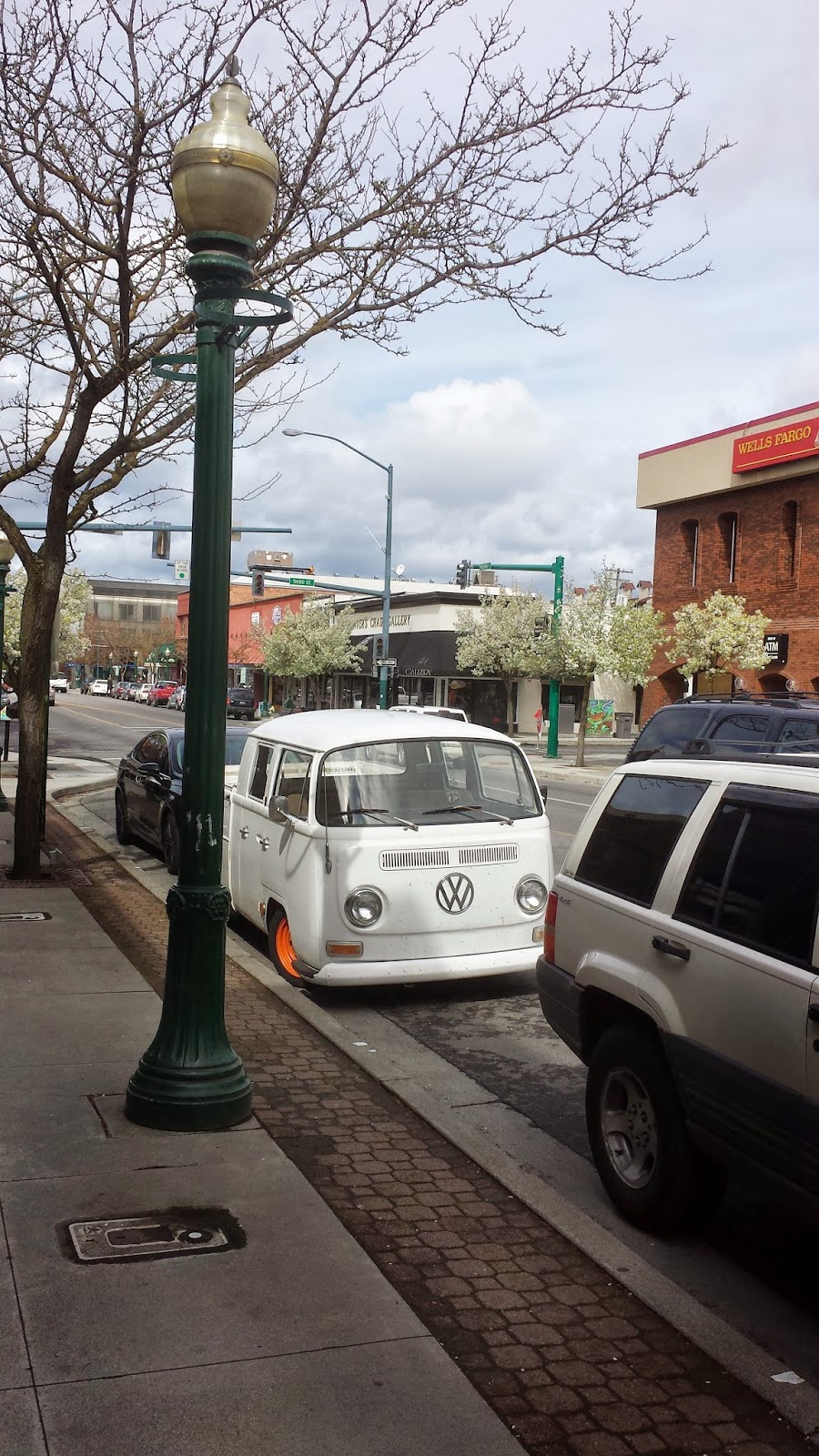 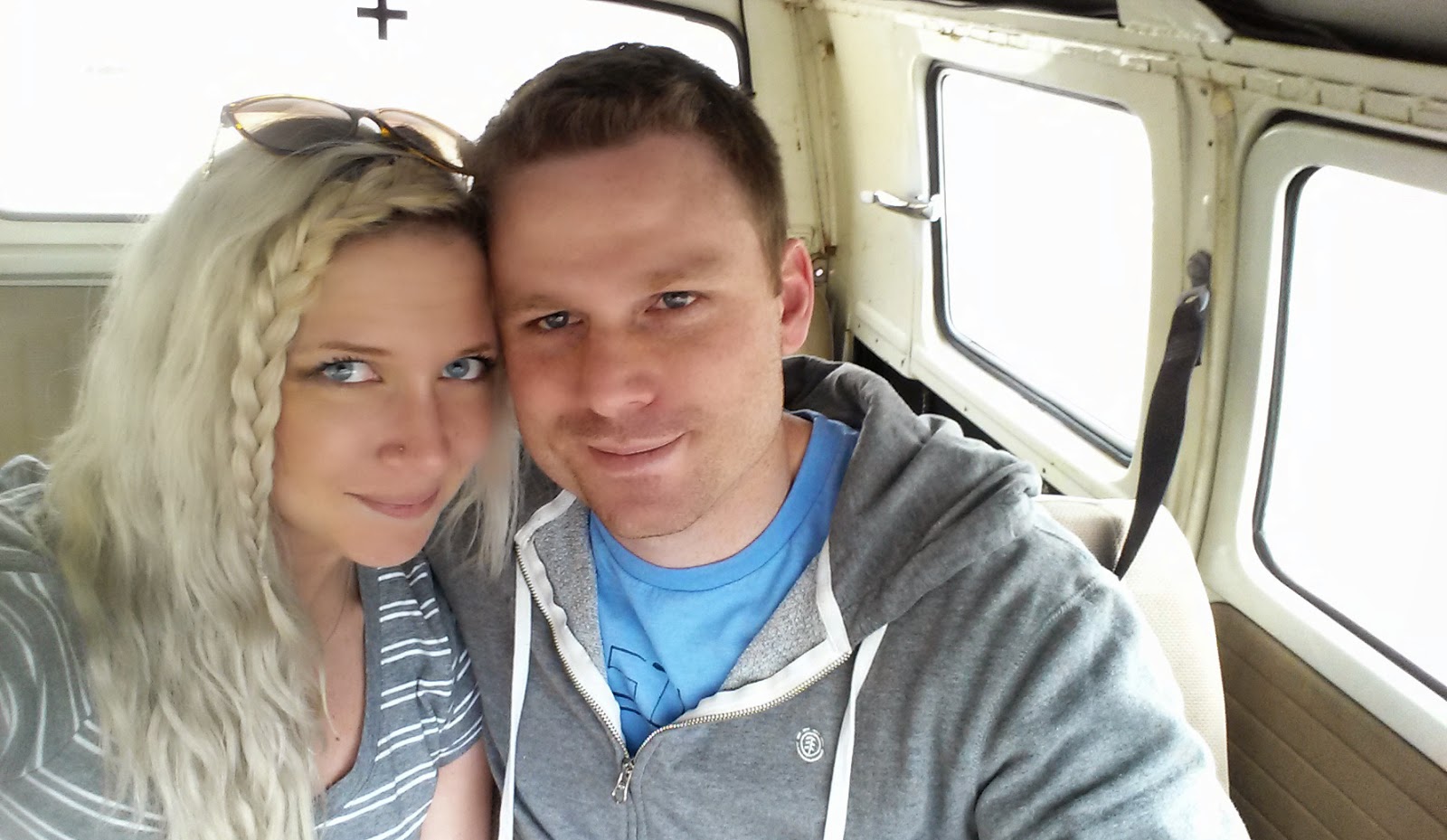 One or two 35mph mountain passes later (I have lost count at this point) we see a pretty cool looking building off to the side of the highway and soon after a sign for Old Mission State Park.  Another state park merely 5 feet off the road?  Done!
The cool building turned out to be Idaho's oldest standing building and was the refuge for Catholic missionaries and missionaries-in-training in the 1800s.  They would use the compound as a jumping off point to preach to the Native Americans and nearby mining camps.  The church was pretty great to see and always makes you wonder how these pioneers pulled off such a feat of architecture in the middle of nowhere.  The view didn't hurt the experience either. 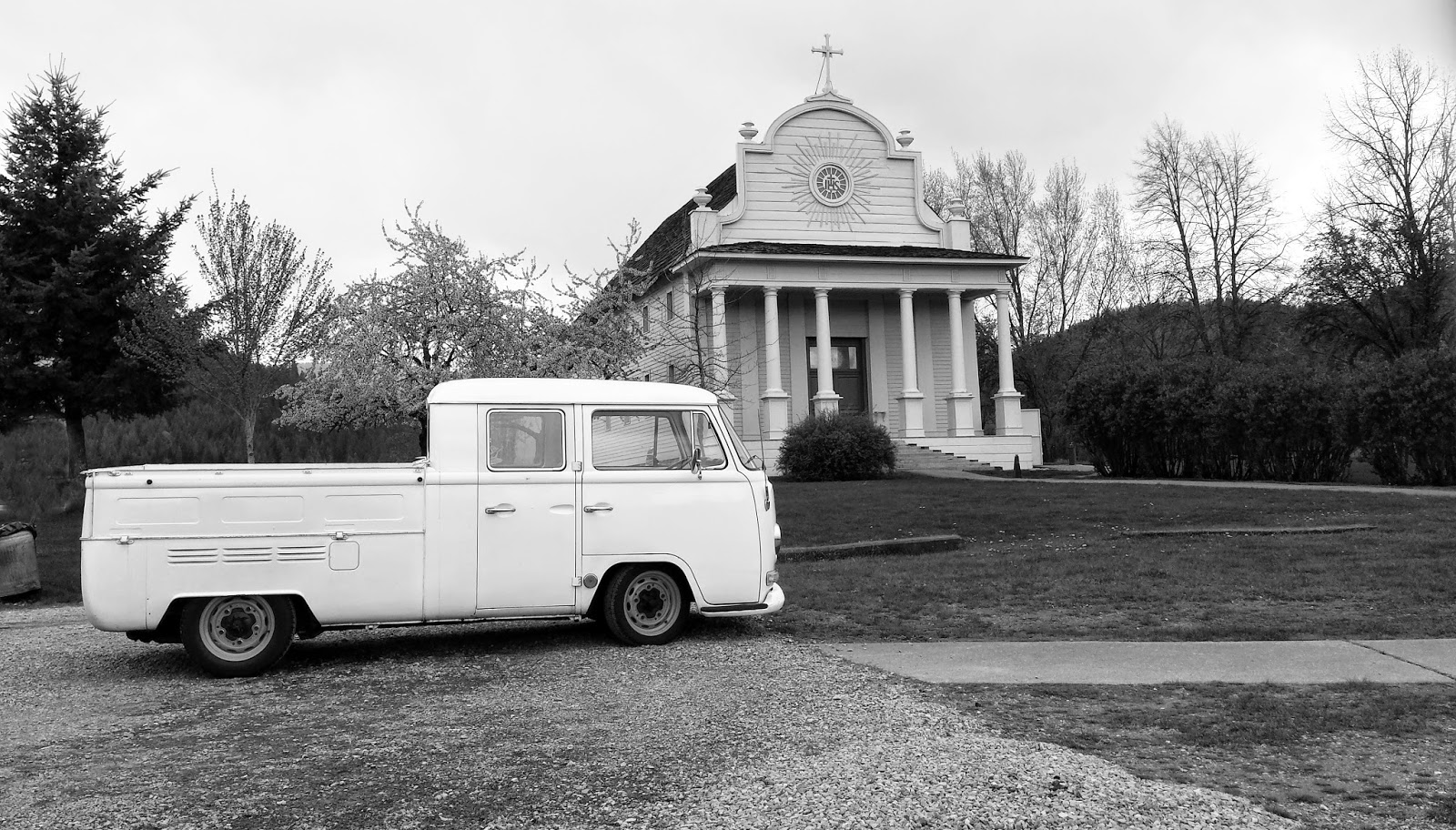 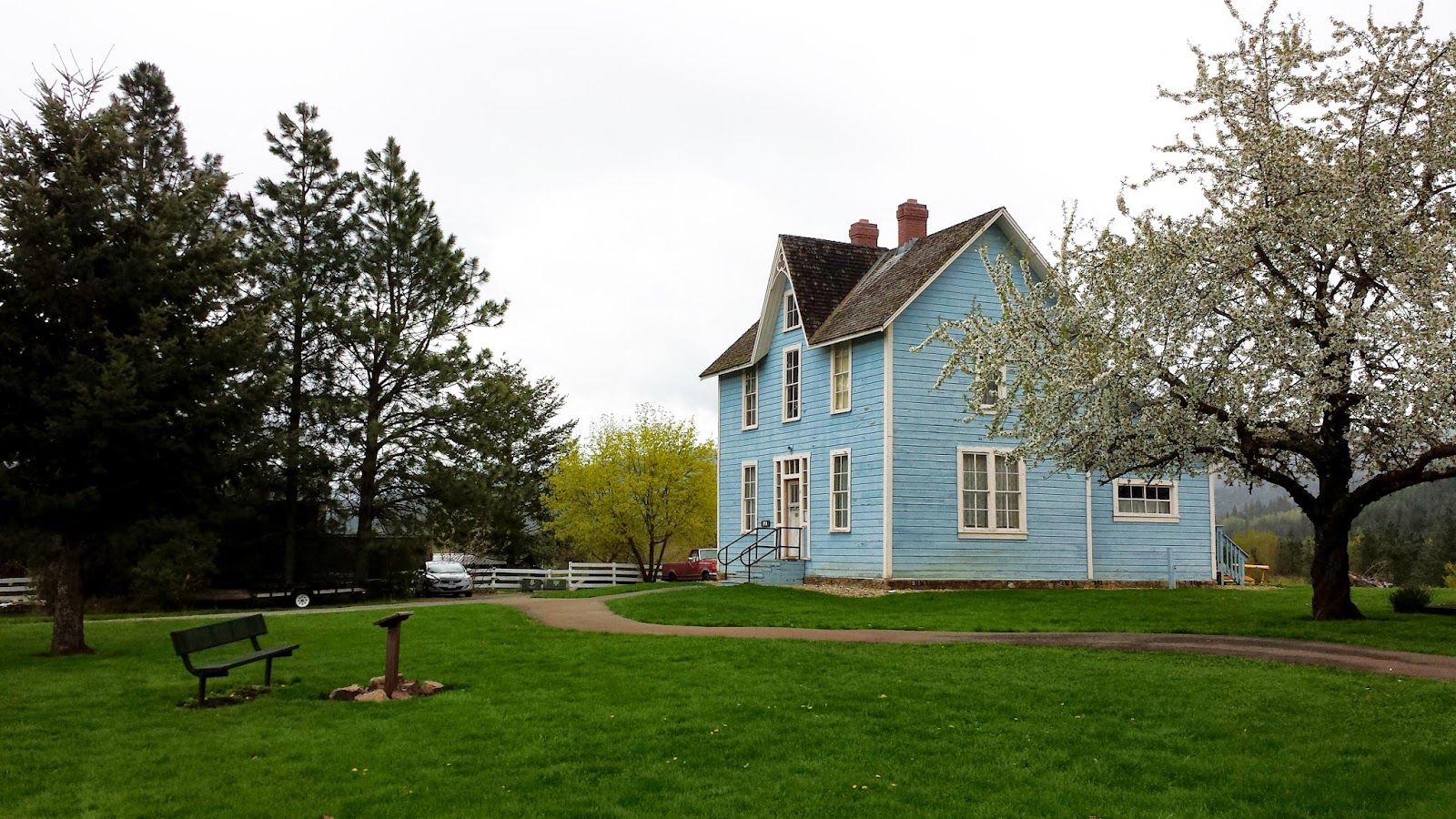 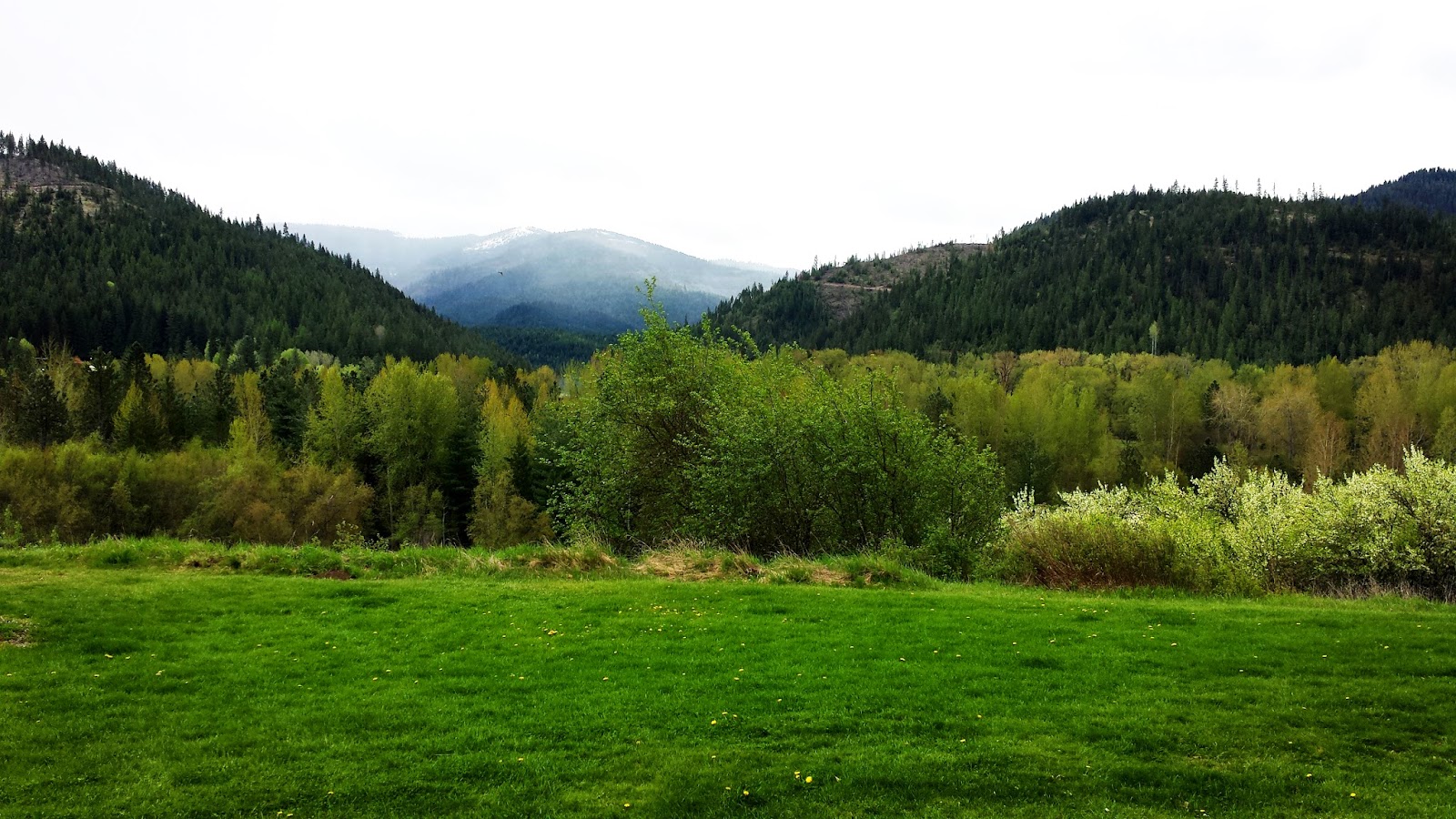 Finally, two states down!  As the rain and Montana sign welcomed us we were nearing closer to the close of our second day.  Rain greeted us over every single mountain pass but always opened back up to shining blue skies.  We took a blue-sky'd opportunity to stretch our backs at serenely wooded rest stop and soak in a bit of sun. 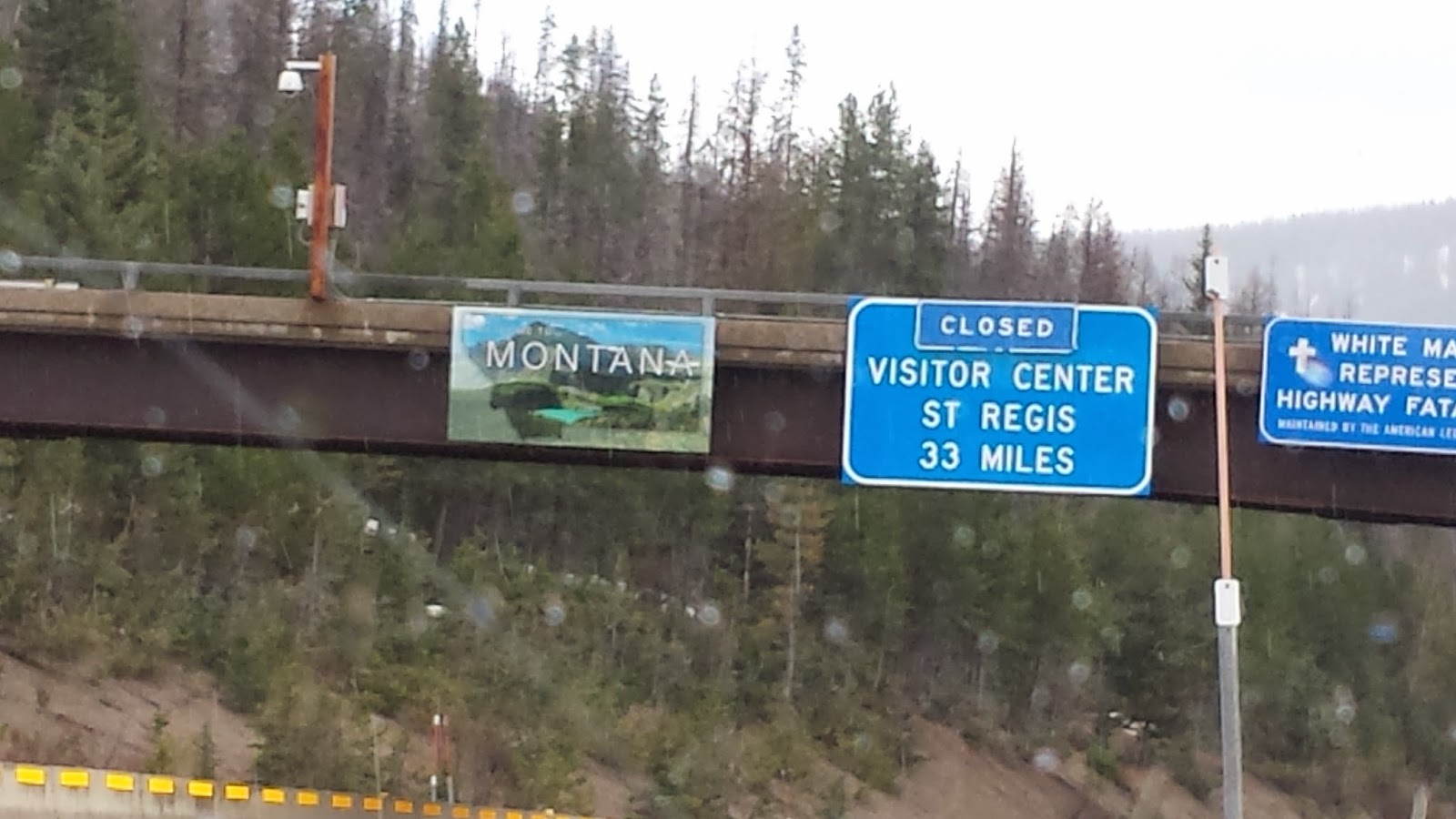 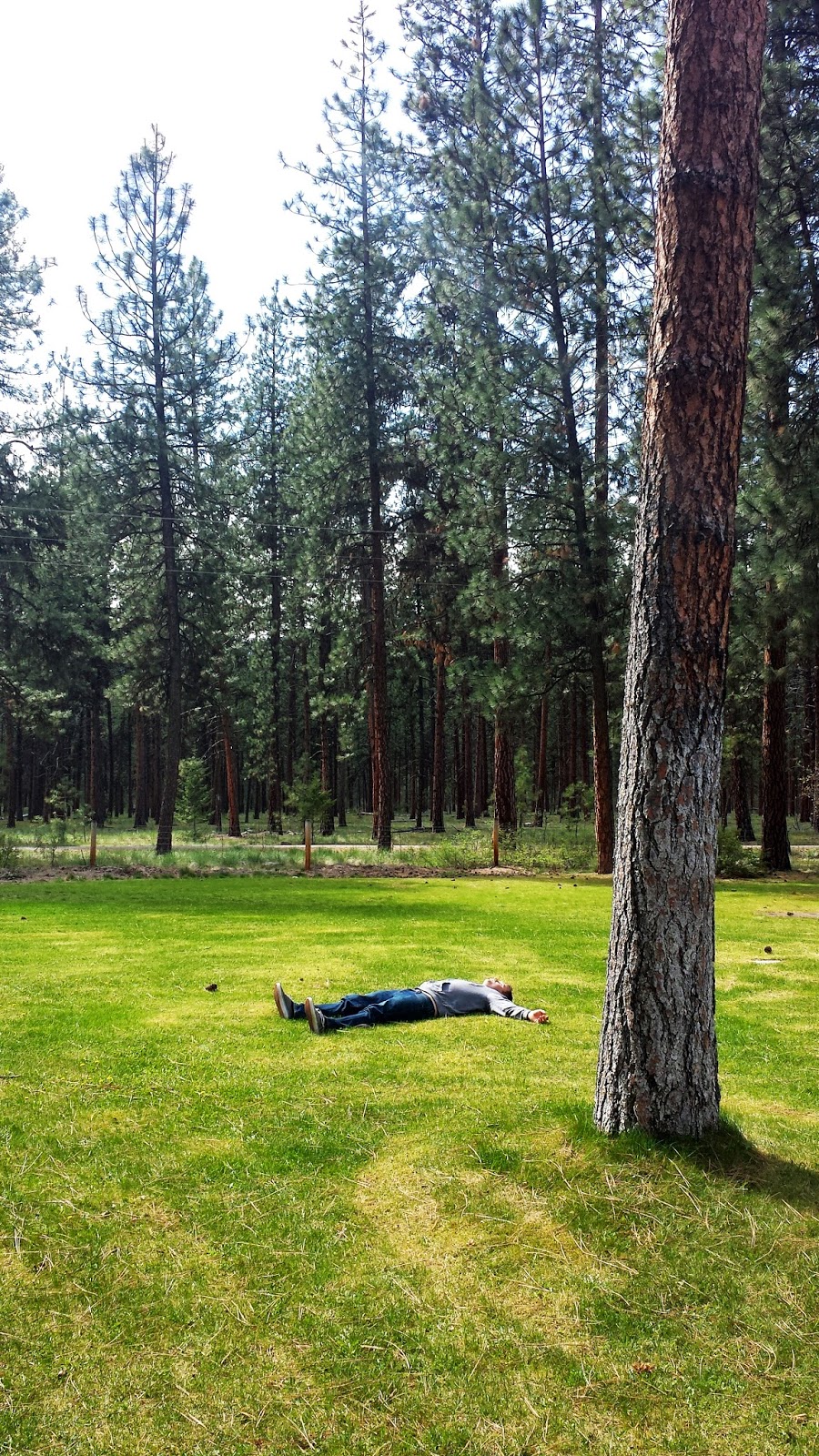 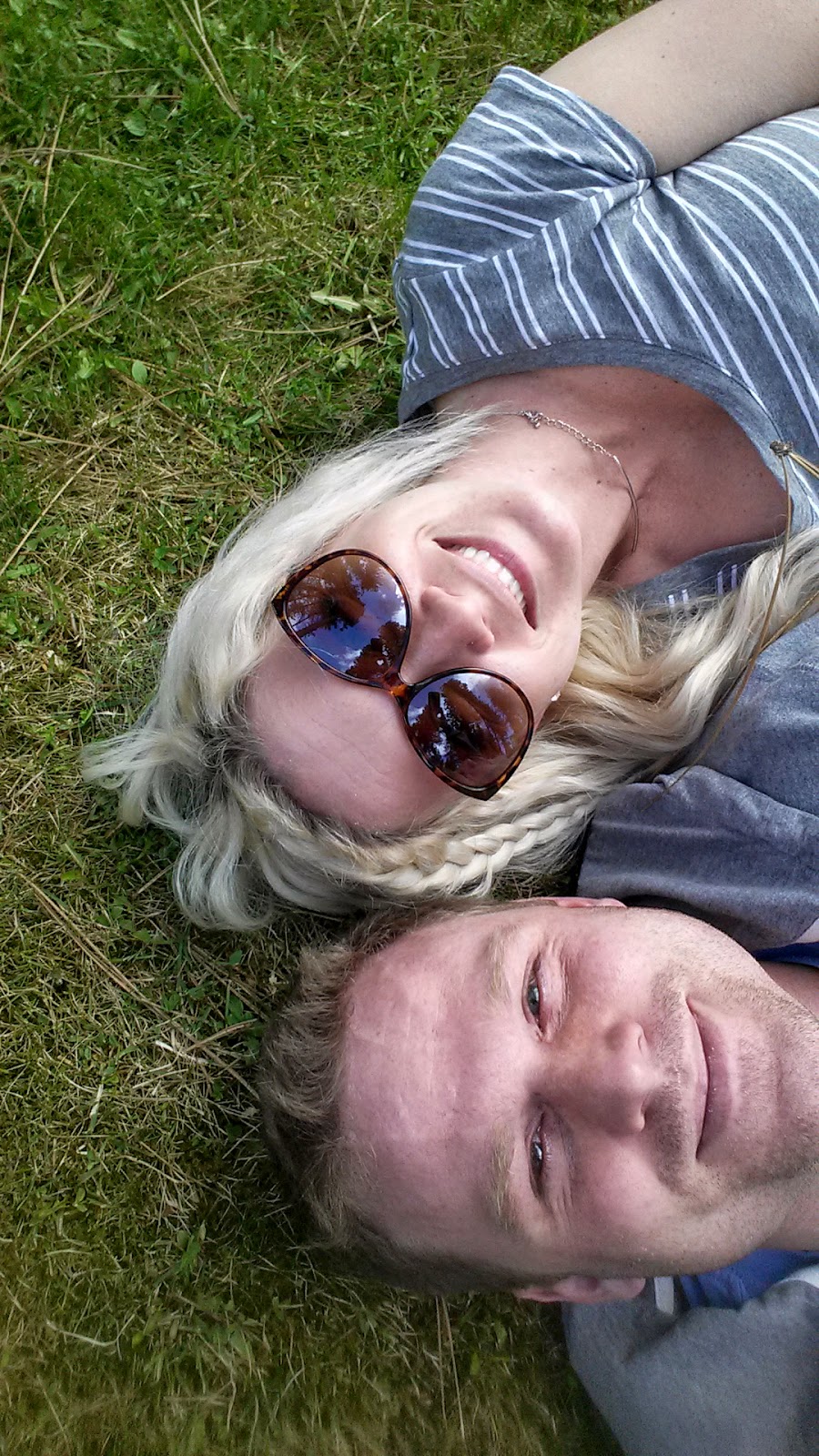 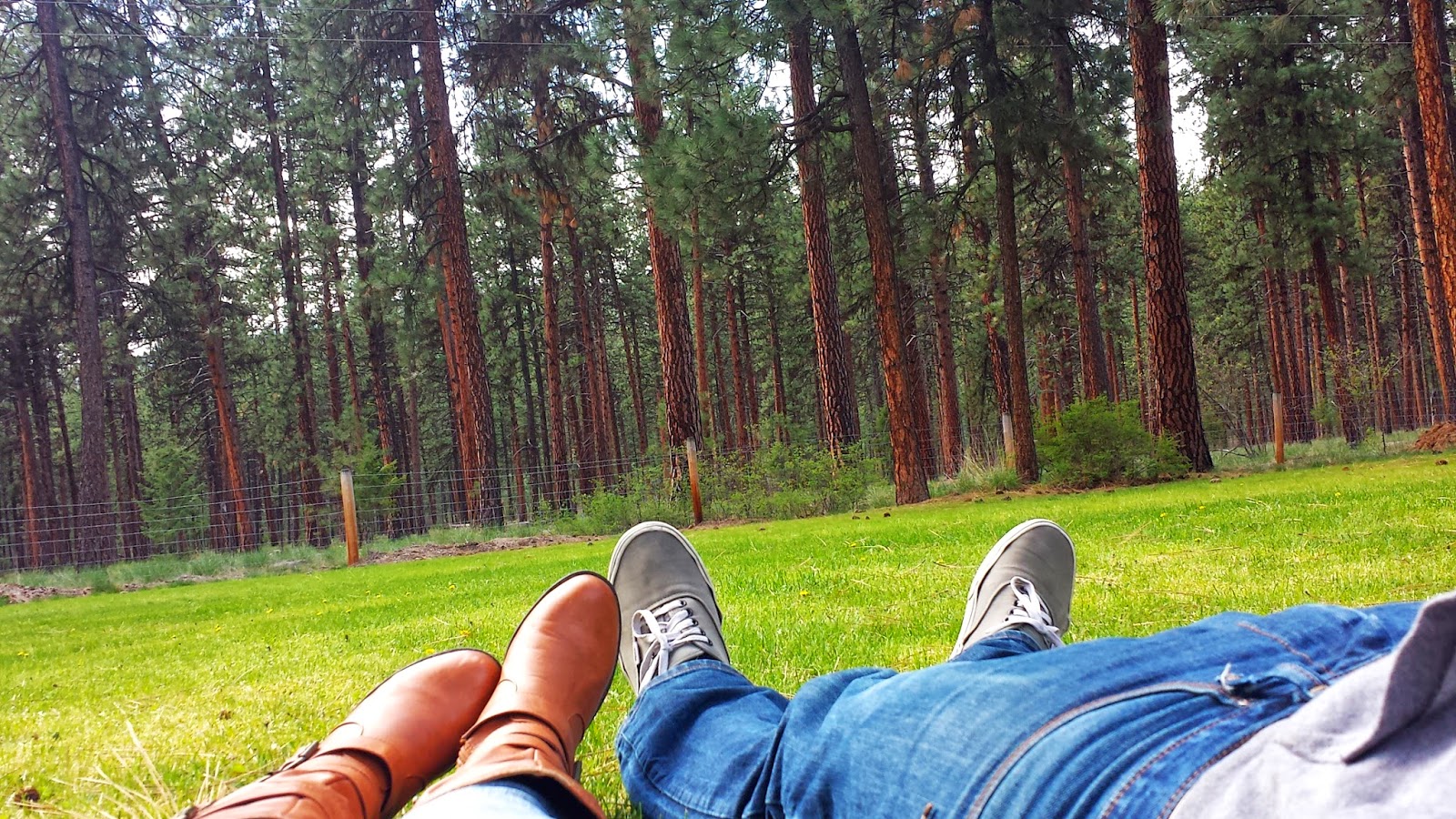 After a quick conversation with a guy who was oogling Pedro as we approached (we learned all about his buses, too) we were back on the road and ready to do some more mountain climbing.  A trip over the Continental Divide and the sun began to set as we ventured up the Tobacco Root Mountains.  At the top of the pass we stopped for a bit to let Pedro's butt cool off.  Spoiled truck.  I couldn't get enough of the views as we were driving and snapped more pictures then I know what to do with. 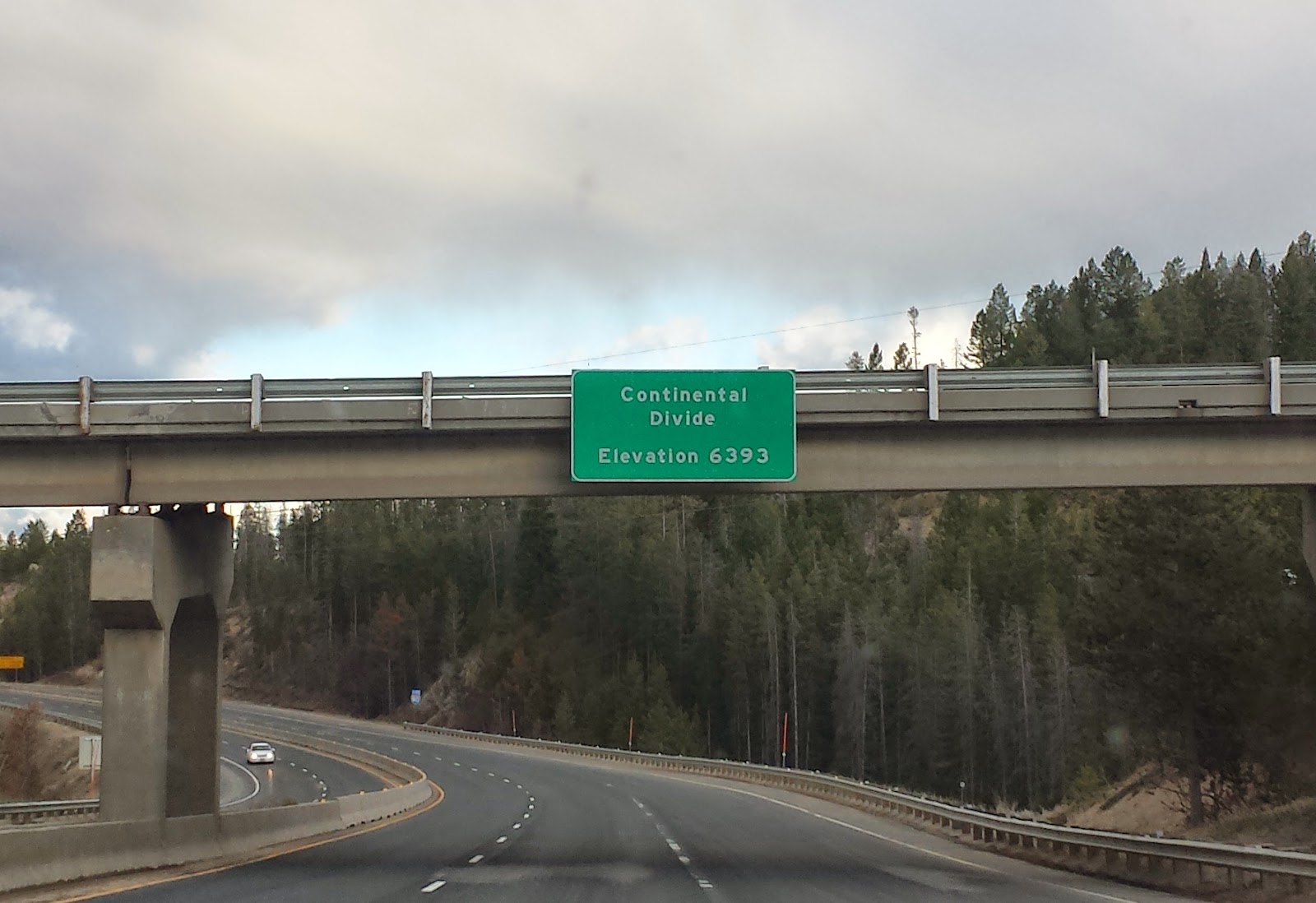 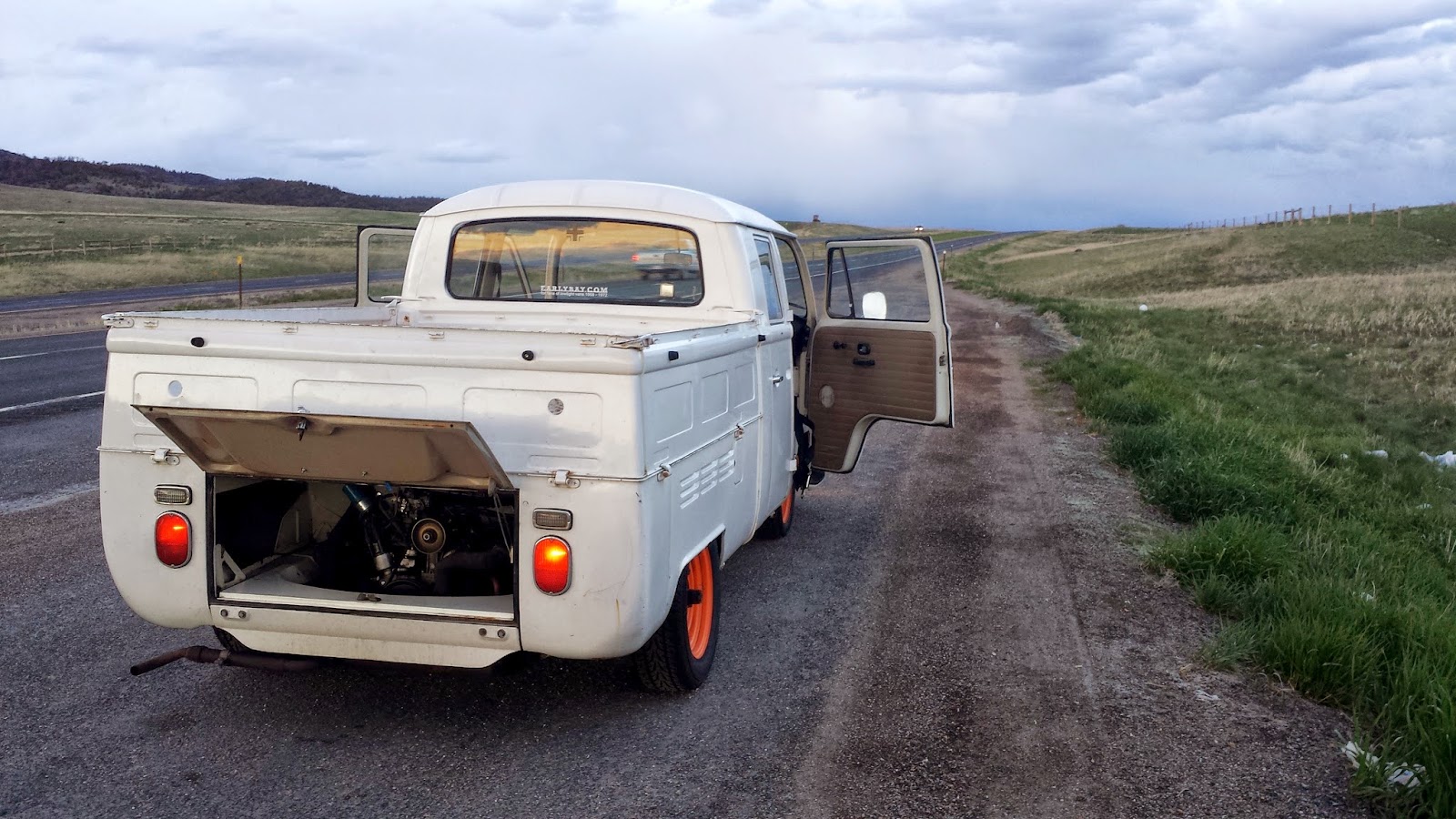 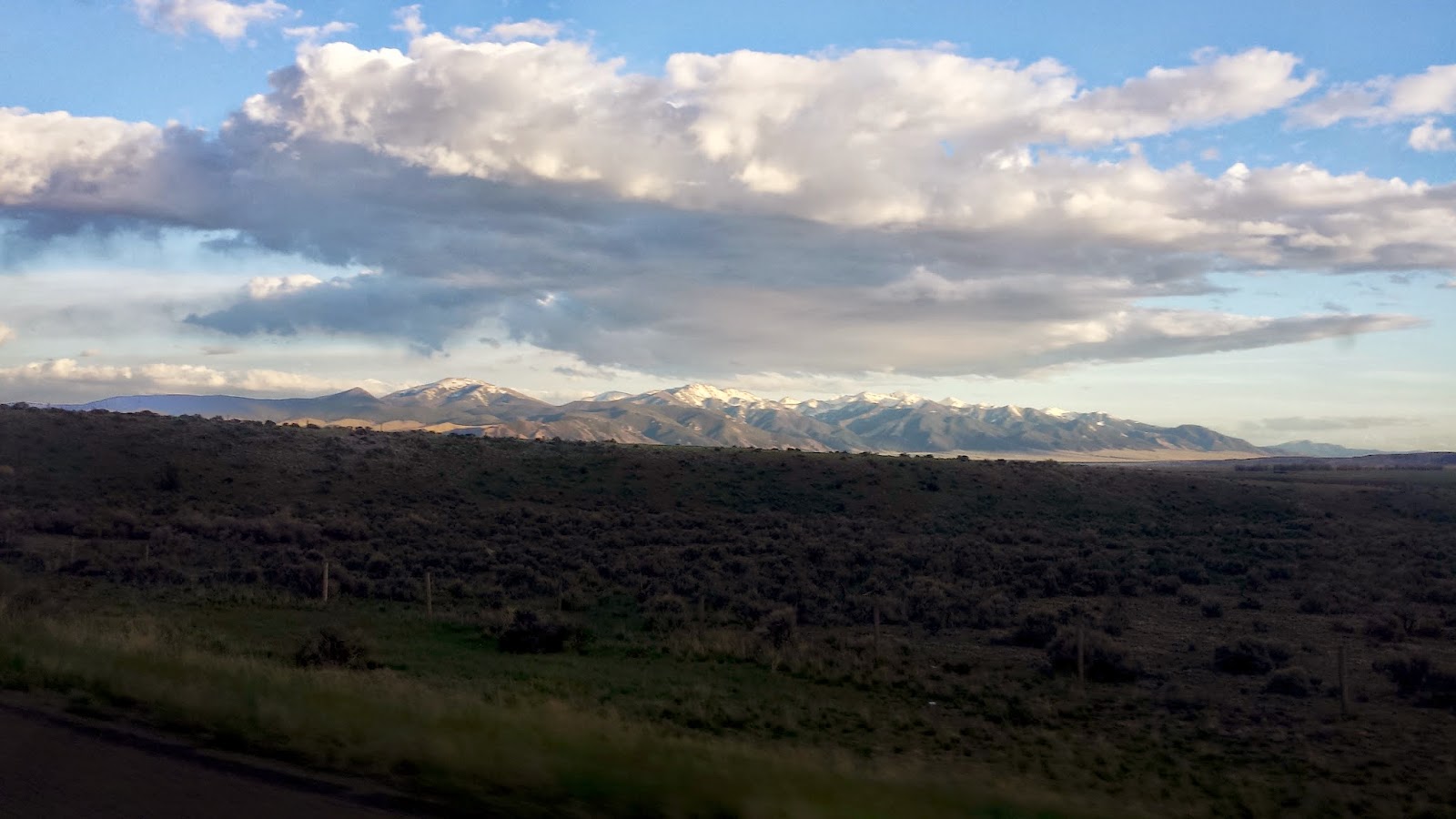 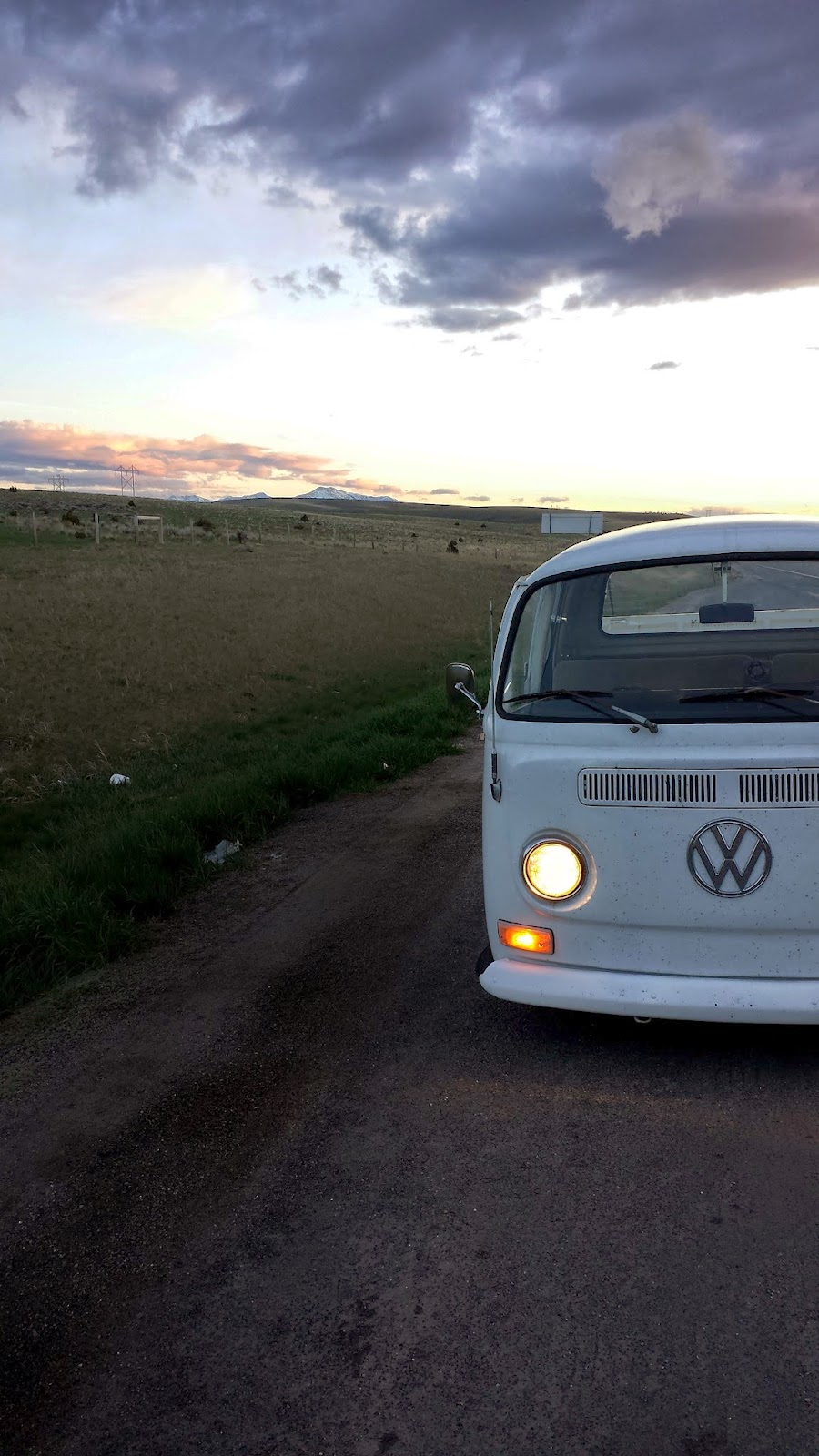 We were aiming for Billings but settled for Bozeman since our eyelids were getting mighty heavy.  Pedro guided us to a Holiday Inn where we tucked him in for the night and we tried to shake off the feeling that we were still moving while actually sitting still. 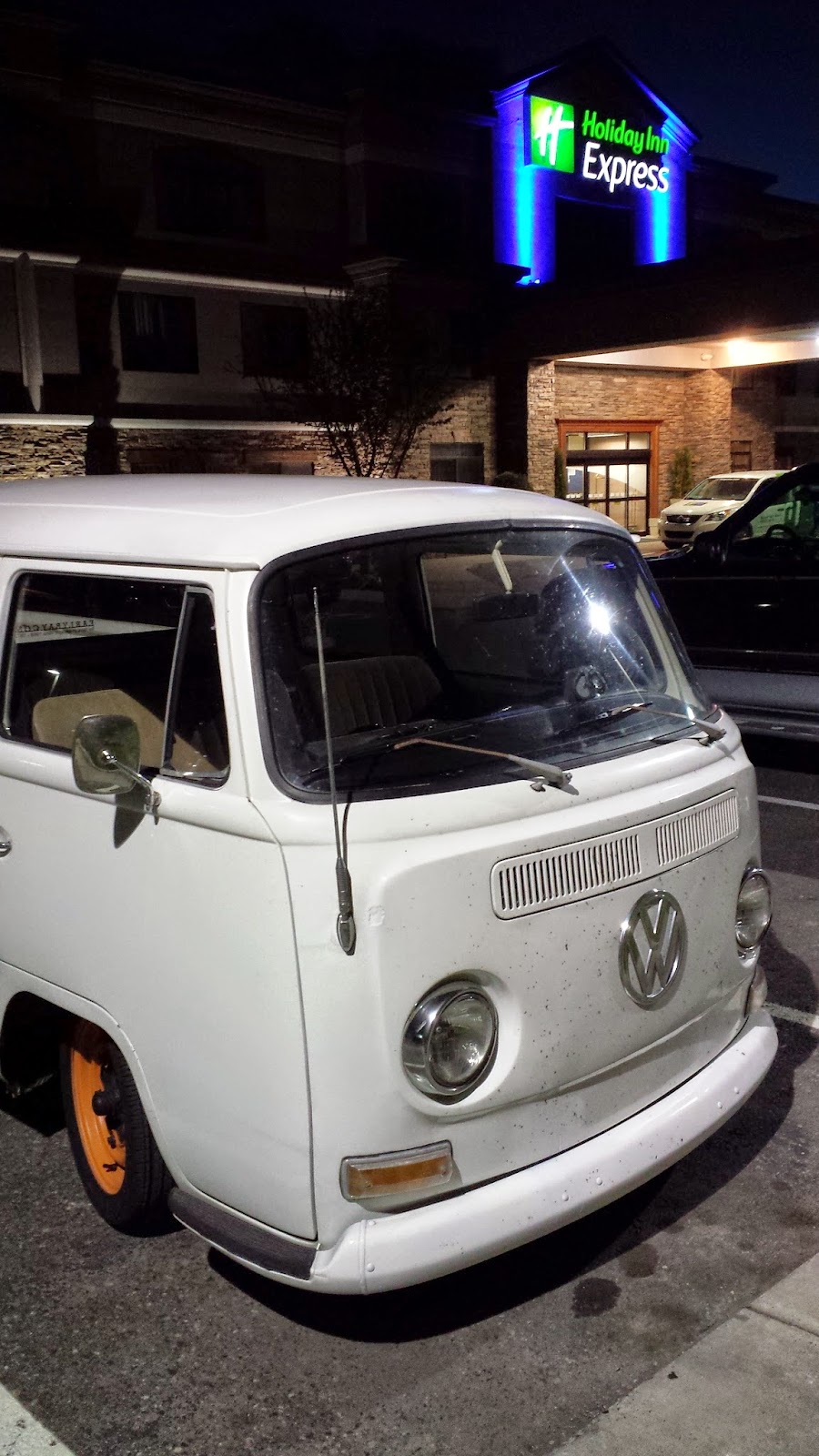 Wyoming was getting so close, I could almost feel the wind.  One more day to go!
Share Tweet Pin