Hand-illustrated {western + volks inspired} apparel and goodies
It turns out that we already had the VW's on the Green car show on our calendar even before Pedro was a twinkle in our eye, but after we acquired our pretty boy we thought it fitting to enter him in the show!  Our saving grace was the inclusion of the Daily Driver class, which fit very well into our imperfect double cab's agenda.

My parents were very heavily involved in showing their Triumph TR3 when I was younger and I tagged along with them to many a show, so this Sunday definitely brought back memories.  All of the gathered exhaust of the classic cars even smelled the same!  Needless I was pretty excited to bring my little girl to her first show... 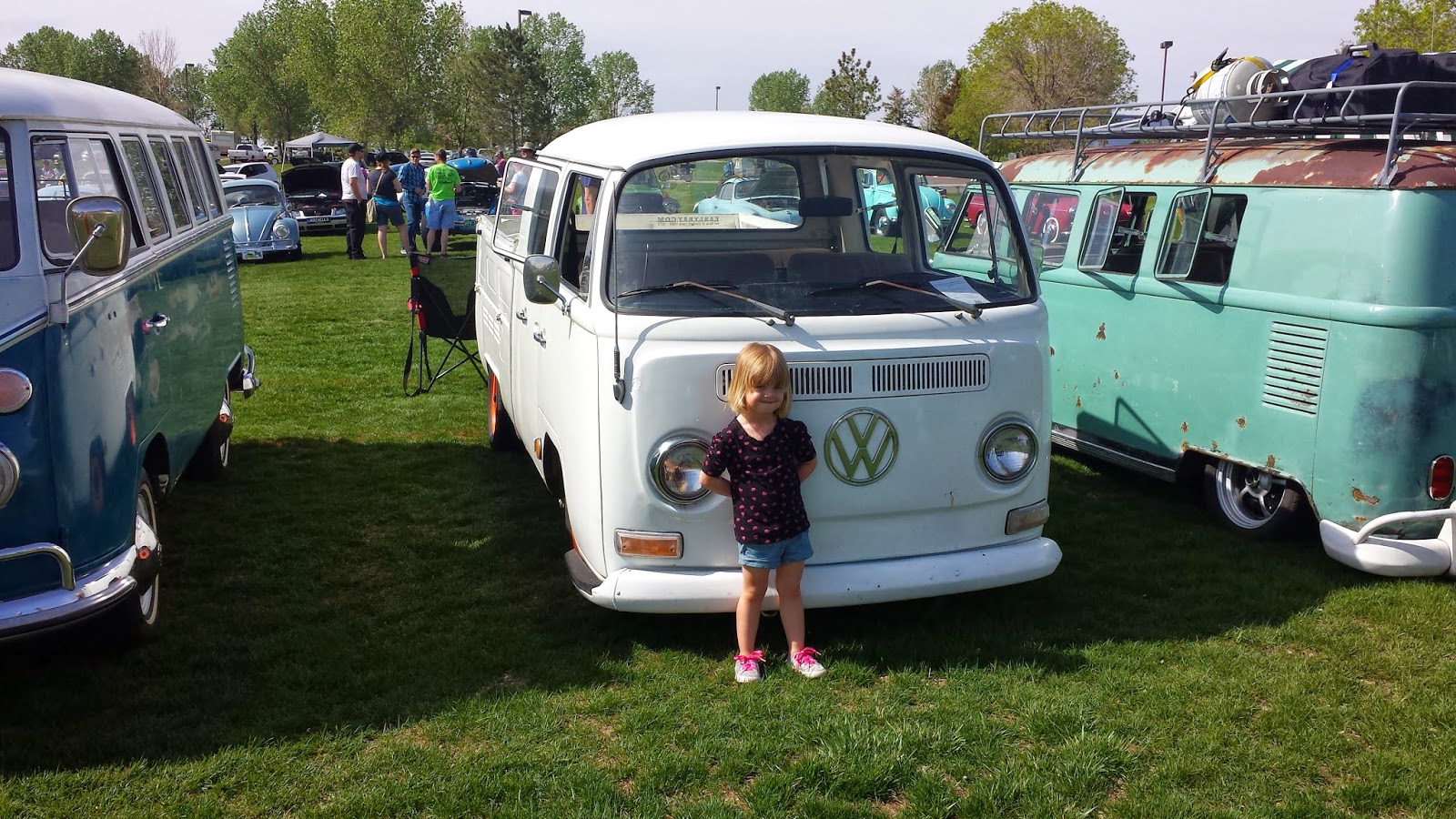 It was an early 6:30 morning to get down to Denver in time, but the heavy eyelids were totally worth it.  We arrived at Clement Park in the midst of a bustling crowd of fellow VW's.  It was pretty amazing to see so many great vehicles all at one time!  We were promptly directed to park in Bus Row, which was (I think) appropriately the first lane to greet the show-goers, and then it was time to shine him up!
After all the road grime was adequately cleared away and our show number was secured in the windshield corner we set out to see what the rest of the show was about.  A slow meander through the swap meet (which, unfortunately, did not have the door handles or carburetor that Jason was eyeing) and an extra-small VW t-shirt for the little one later we decided to dive into the rows of cars. 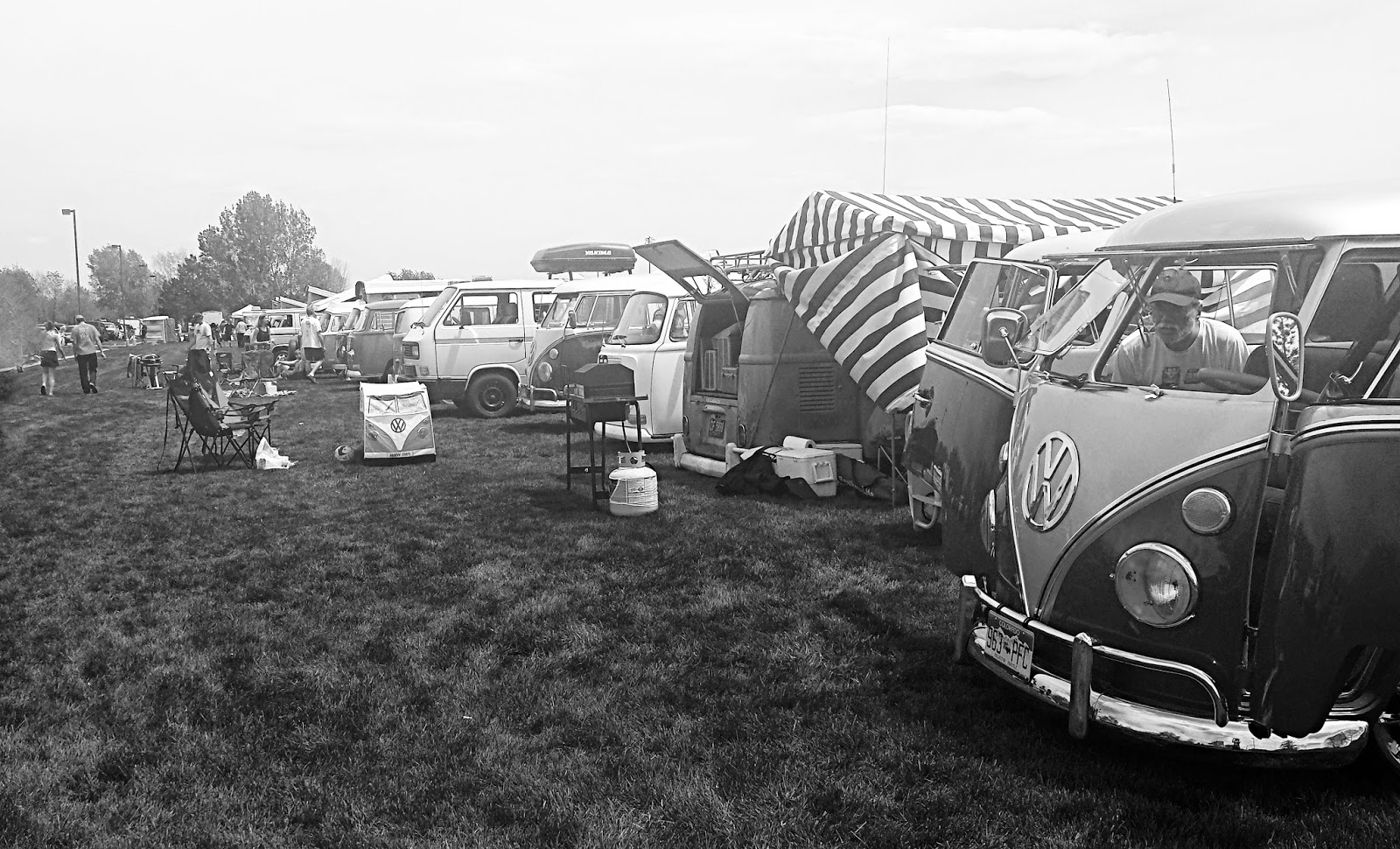 We found tons of bugs, a size-able number of buses, two other Bay Window Double cabs (ala Pedro) and to my excitement, two Things (which I must say were done up beautifully).  For those of you that don't know, when our newest little human addition gets a bit bigger I will be investing in a Thing as my daily driver. Groan all you want, I love them! 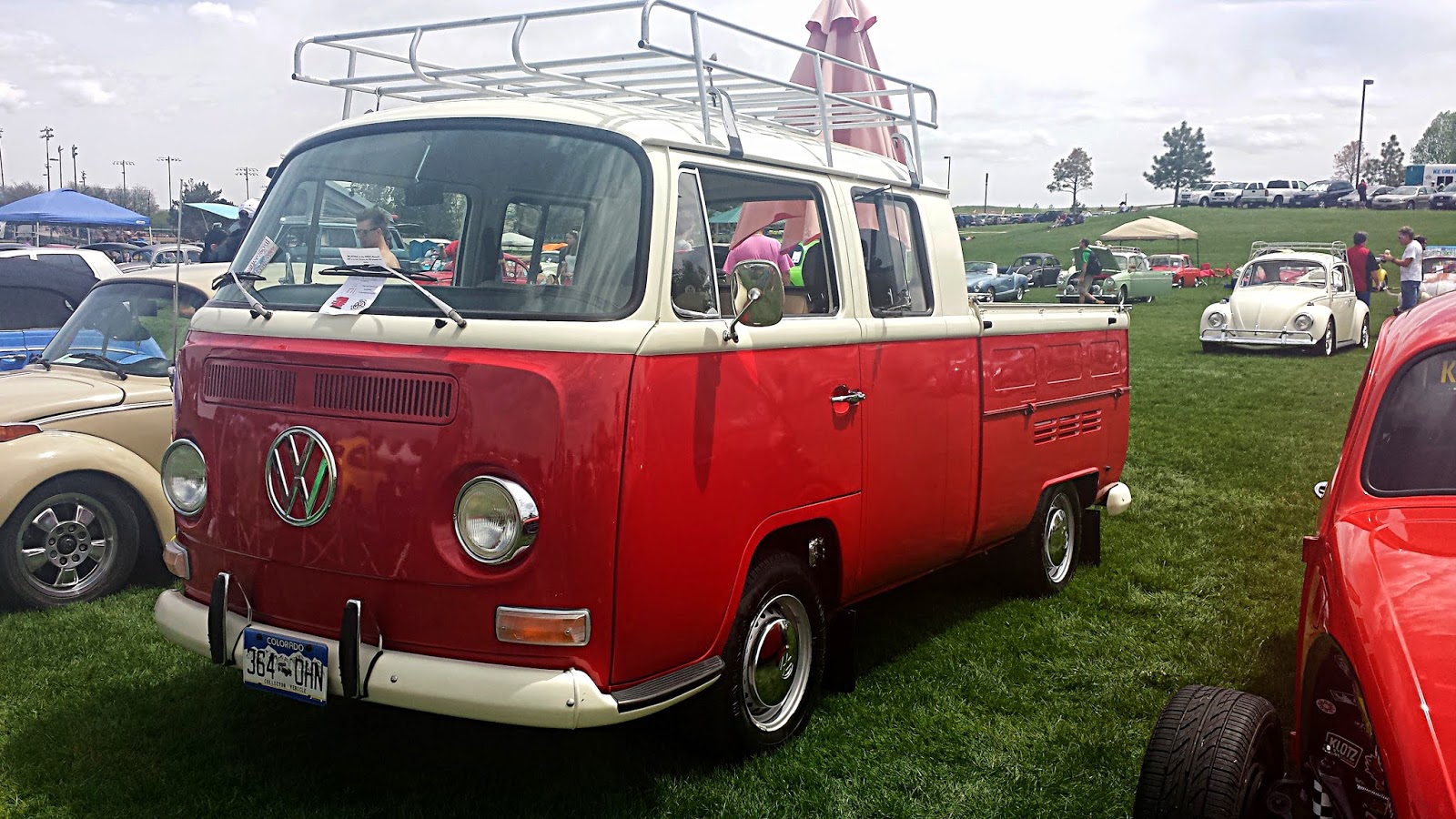 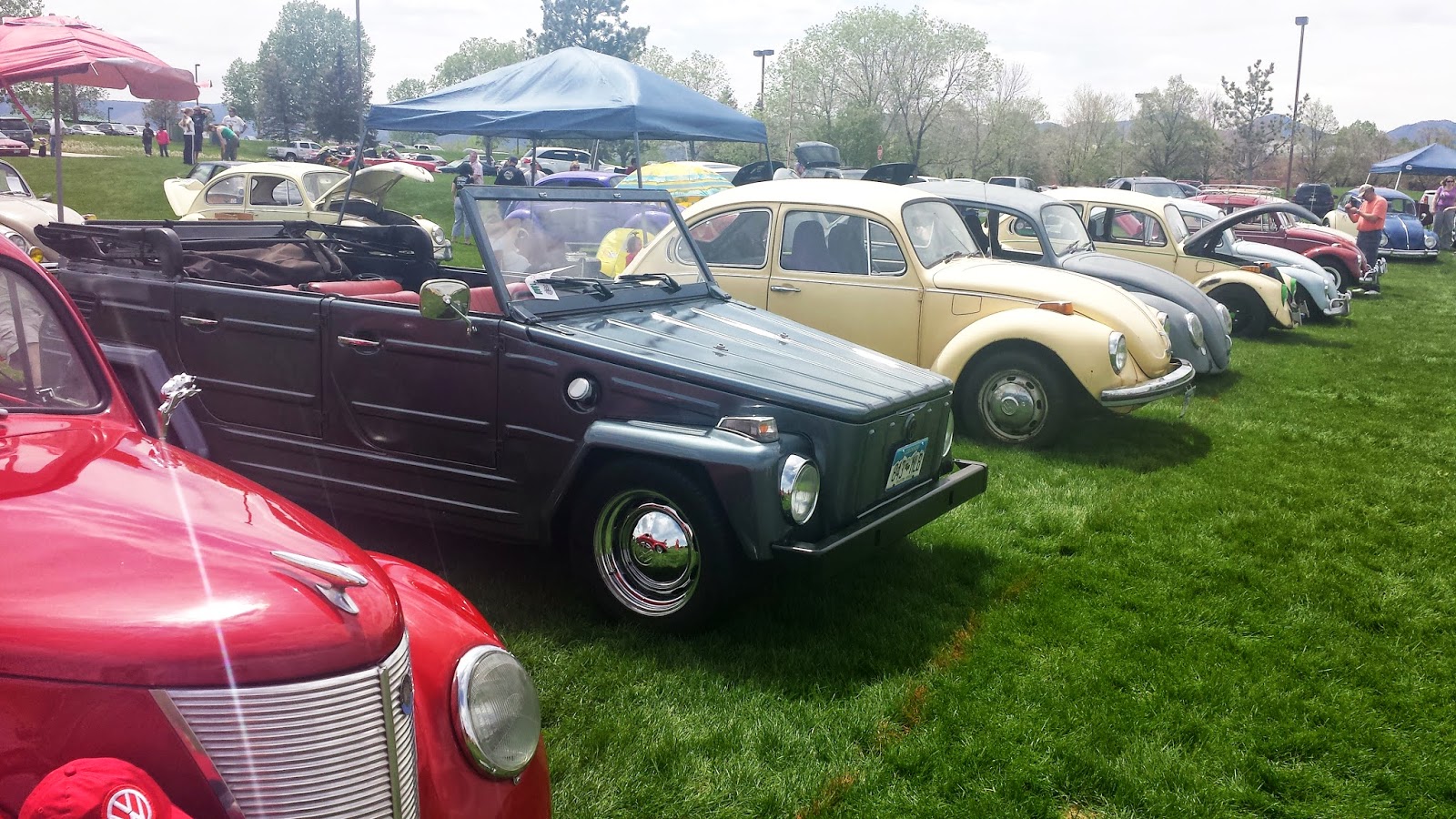 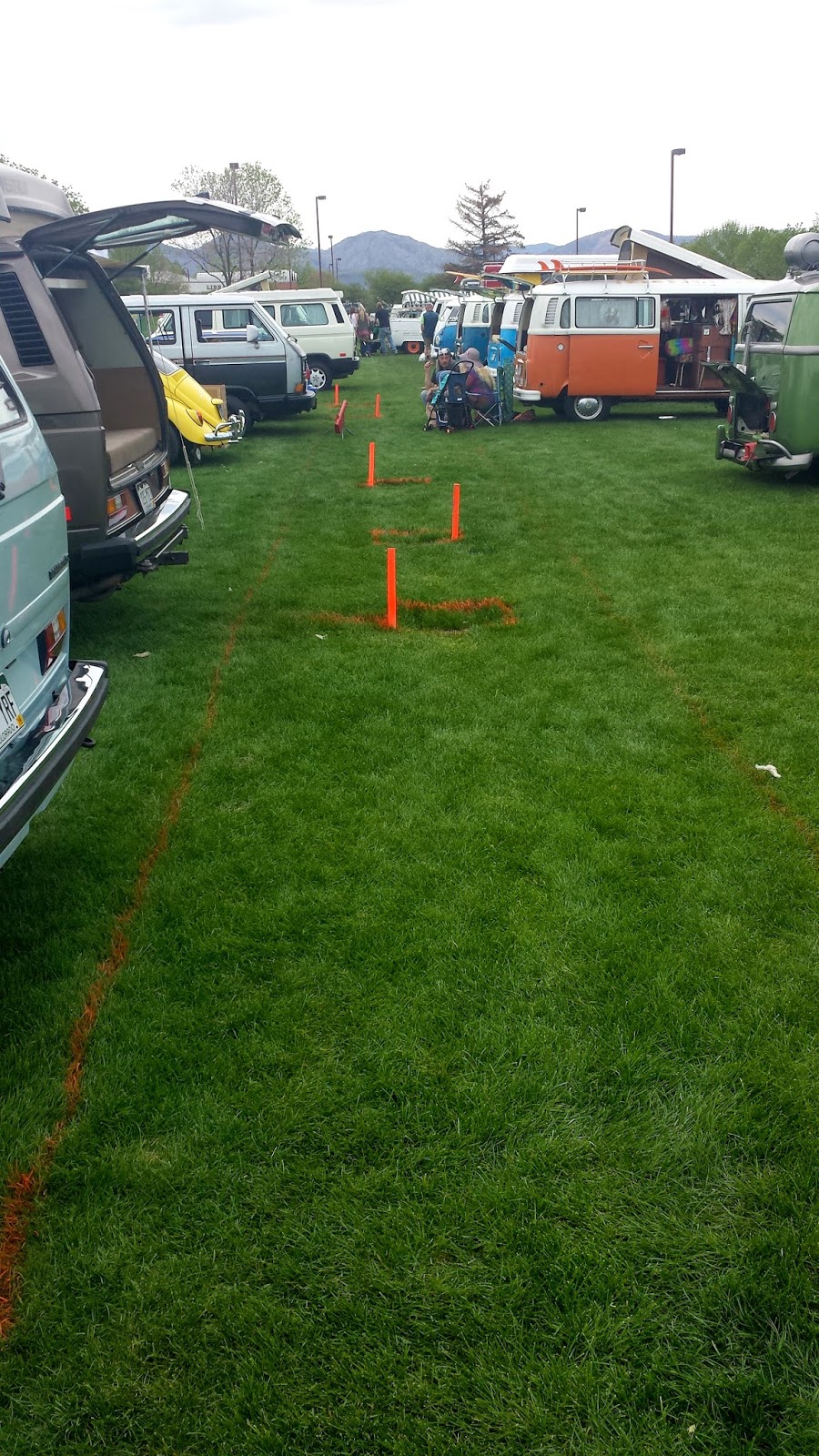 There were also a decent amount of new, souped-up VW's entered in the show, but we skimmed past those as our interest really lies in the oldies but goodies!  We cast our vote for the red Double Cab (above) for Best in Show and headed across the street to Red Robin to grab some grub and air conditioning.  Our first taste of summer in the Rockies for the year was HOT!
When we returned it was the perfect time for Sadie to crawl into her tent and take a snoozer before the awards ceremony.  Nothing like sleeping in a bus tent in the middle of bus row! 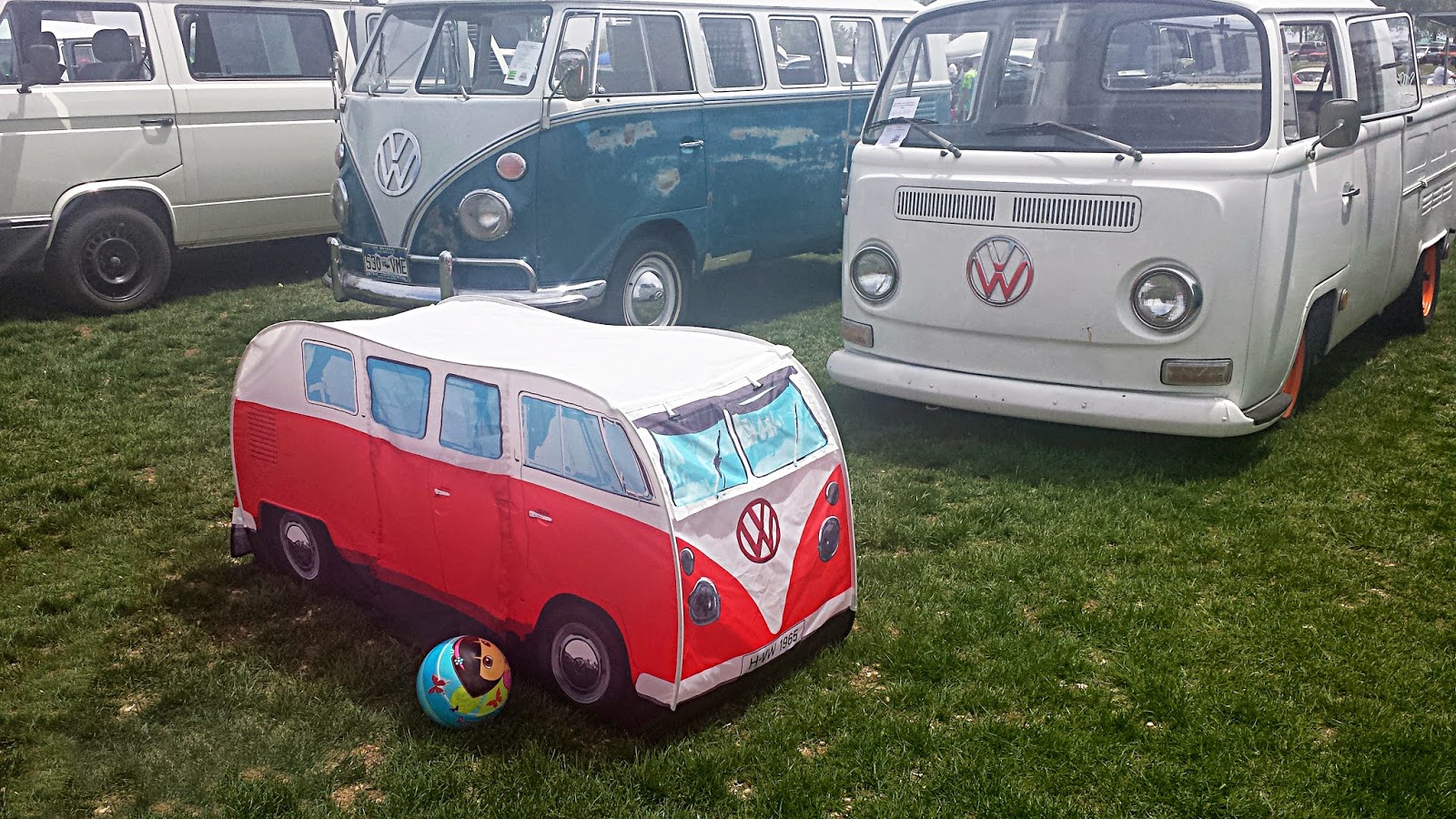 While we were relaxing and waiting for our little one to wake up, we overheard a couple gawking at Pedro and talking about the yellow and white double cab that they have down in Costa Rica.  Could it be?  While searching high and low for Jason's new truck I had fallen in love with a yellow/white version that I thought was the one.  The only downside?  It lived in Costa Rica.  Had I not been 5 months pregnant we would have seriously thought about venturing down there to pick up that little gem.

Things always work out how they should though, as we have a great addition to our car family in Pedro. It did turn out to be the owner of the truck I loved, so we chatted with them for a bit about this funny coincidence and our mutual love for the buses!

If you happen to be looking for a beach trip and want to grab a great little number, check out this listing... Pretty Little Double Cab 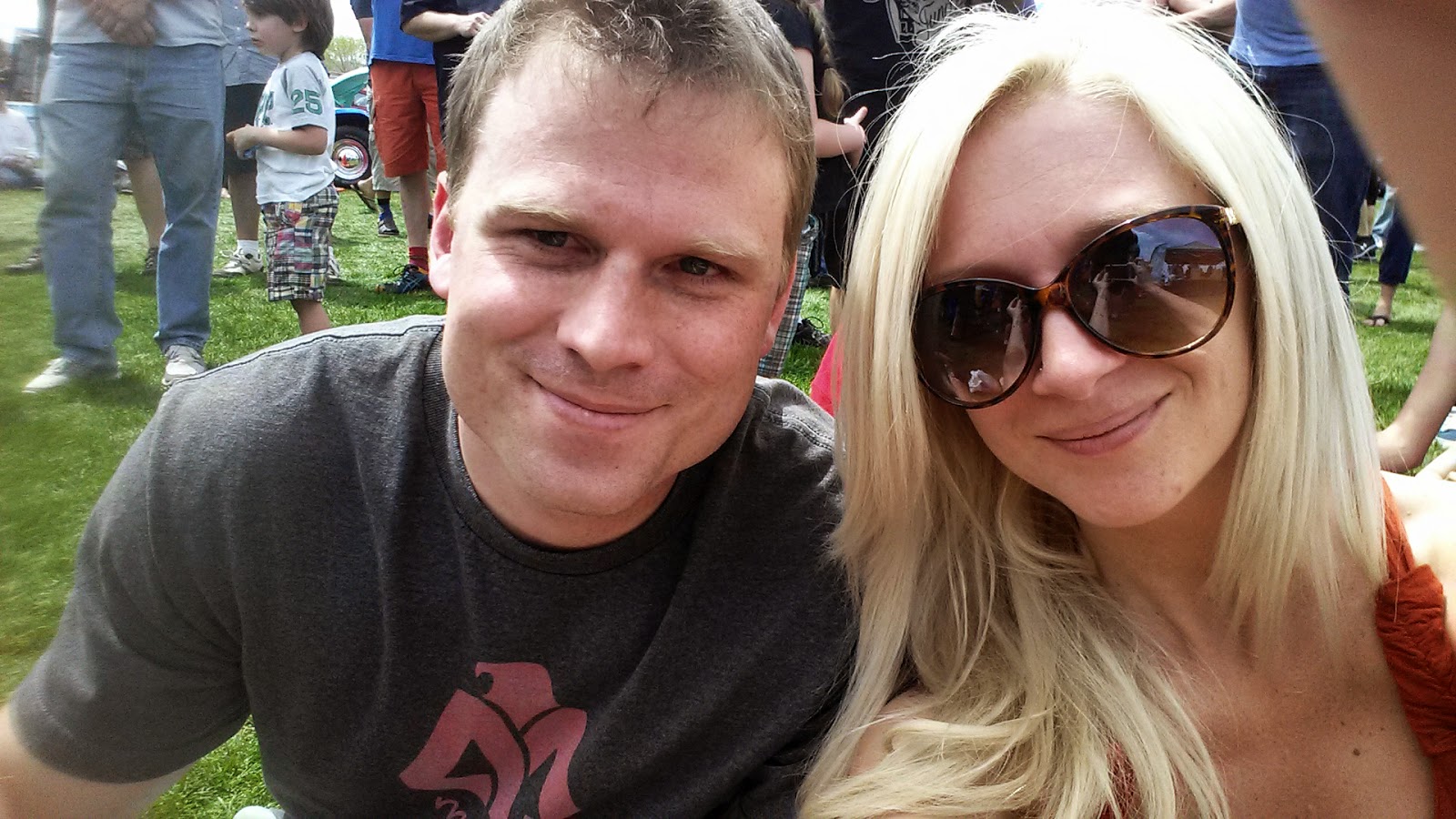 A little while later we meandered down to the club tent to hear the announcement of the winners.  It was great to sit out on the lawn and soak in some much needed sun, no matter what the outcome of our class! 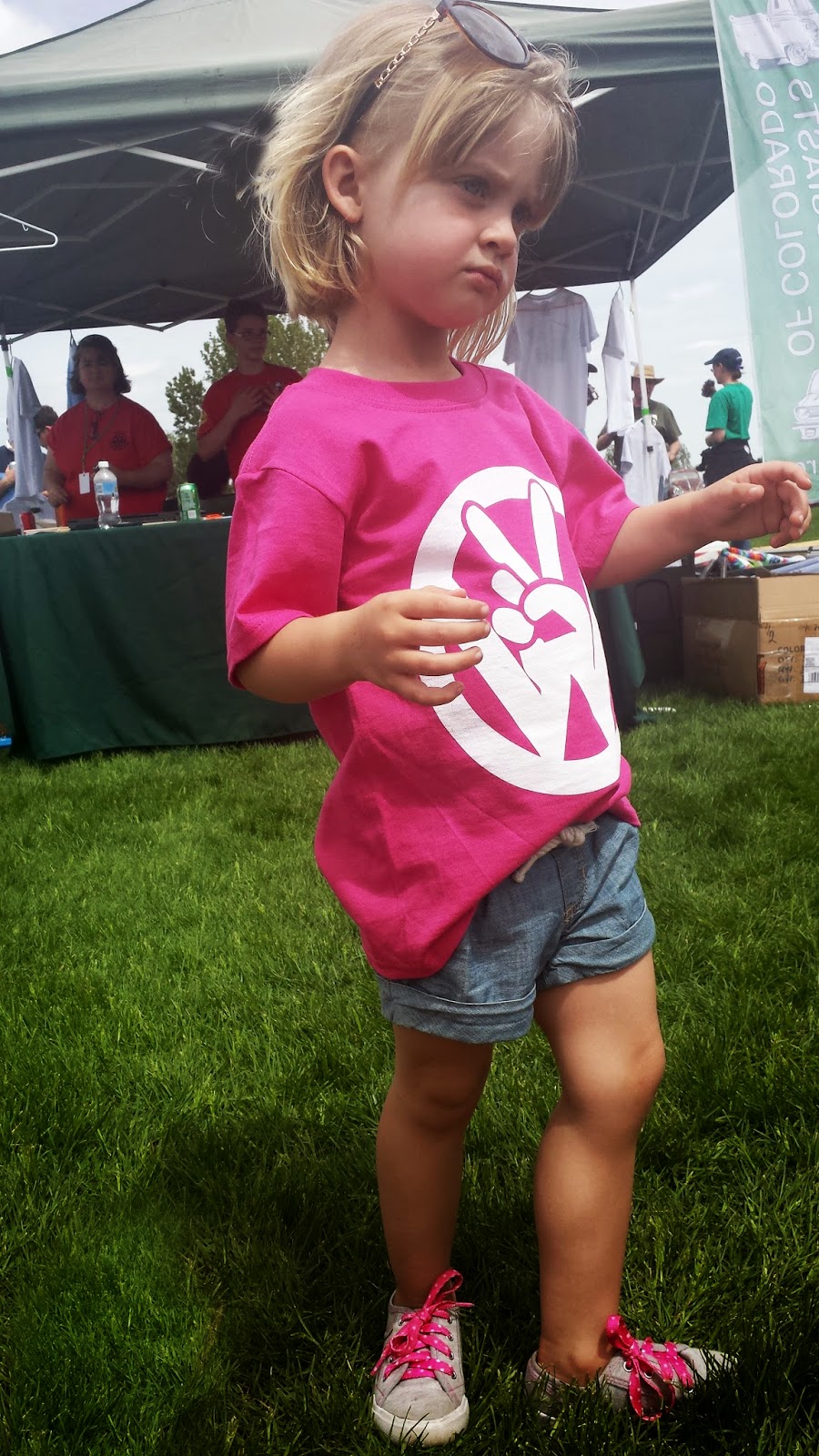 Pedro didn't end up snagging the best in class, but it really turned out to be a great day with my family and one that we will definitely make into a yearly adventure.  We already have plans to be entering both of our beloved buses into the daily driver class next year, as Penny's upholstery should be done here in the next few weeks.

Keep peeking back for what I'm sure is going to be a fabric adventure (hopefully not nightmare) and for the rest of our VW-filled summer!

If you happen to be in the Denver area next year make sure to check out the show and click here for all of the club's pictures of this year's attendees!
Share Tweet Pin